Caroline is an elderly car used by the Cricketers on the Island of Sodor. She does not like high speeds as these wear her out, overheating her motor. However, she does have a softer side, and she appreciates the engines after Stepney helped her back to the field in the Season 4 episode Train Stops Play. This episode was the first to feature Caroline, she made cameos in seasons 8 and has not been seen since the episode Percy and the oil painting season 9. In the Railway Series, her license plate reads URA 1.

An illustration of Caroline from the Railway Series books 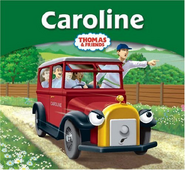 Caroline on the cover of her My Thomas Story Library Book

Caroline and the Fat Controller 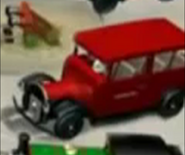 Caroline in a video game

Community content is available under CC-BY-SA unless otherwise noted.
Advertisement