Bea Spells-a-Lot is Lalaloopsy Land's smartypants for math and everything but not circus and pranks and ringmaster. Peanut is smart at that. And the person to go to and call. Bea is the older sister of little Specs Reads-a-Lot. She has a pet owl. She is sewn from a school girl's uniform. She is the 8th doll released.

Bea Spells-a-Lot has fair skin and sky blue eyes. Her cheeks are light pink in color and she has carrot orange hair worn straight and pulled back. Her bangs are straight cut and she wears a magenta bow.

Bea normally wears a black shirt with an apple on the front and tulle sleeves, along with a crimson plaid jumper with black tulle lining. This gives her a "school-girl" look. She also wears pink leggings with white polka dots, fuchsia socks with white on top, and black sneaker boots. 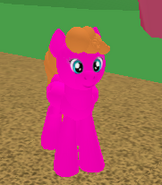 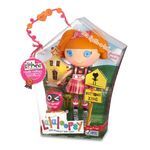 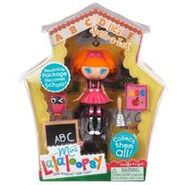 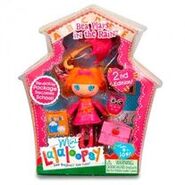 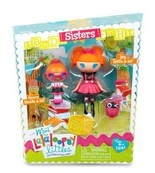 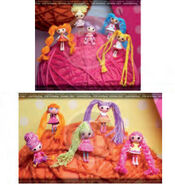 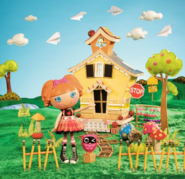 With Crumbs, Patch, Tippy and Forest 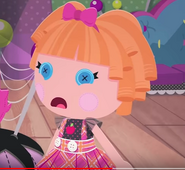 Add a photo to this gallery

Plays Percy in the series.

Bea Spells-a-Lot can be found on