Ashton Satoshi Ketchum (Japanese: サトシ Satoshi) or as he's more commonly known Ash Ketchum is the main character of the Pokemon anime. He has entered several Pokemon Leagues and is the currently reigning champion of the Orange Islands. Ash Ketchum is a Pokémon trainer. His prowess in Pokémon Training and his courage have saved the day countless times, especially with his best friend, Pikachu. He also has 11 known wives to many people who see this Pokemon Master Misty, May, Zoey, Iris, Serena, Mairin, Skye (Creepypasta Shaymin), Dawn, Lana, Mallow & Agent Alexandria (Azelf)

In The Network he is played by Sato. 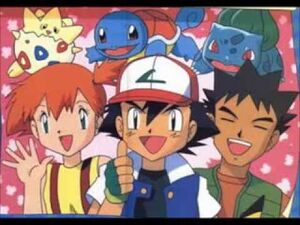 Ash Ketchum was born and raised in Pallet Town by his mother Delia Ketchum. As a young boy, he had a close relationship with Professor Oak and was often visiting the Oak Laboratory. He grew up alongside the Professor's grandson Gary Oak, and the two eventually became great rivals.

On the day when Ash became a Pokemon Trainer, he slept in causing him to miss out on getting a Bulbasaur, Charmander or Squirtle from Oak. As there were no other Pokemon left, Ash was stuck with a disobedient Pikachu. However, after a close encounter with a flock of Spearow, during which Misty Waterflower's bike was incinerated, Ash and Pikachu became friends.

Pikachu was severely injured after this encounter and Ash had to rush to Viridian Pokemon Center and Misty followed after Ash vowing to stay with him until he repayed her bike. While Pikachu was in recovery, the Pokemon Center was ambushed by Jessie Hamilton and James Jefferson of Team Rocket along with their talking Meowth. When they were sent blasting off by Pikachu's electric attacks, they vowed to catch it one day no matter how long it took.

Upon arrival in Pewter City, Ash trained hard under the wing of the Mysterious Flint in order to defeat the local Gym Leader Brock Kame. After Brock was defeated, Flint revealed himself to be Brock’s father and thus, leaving his 9 younger siblings in his father’s care Brock joined Ash on his journey.

Ash went through many adventures while gathering his other 7 badges before entering the Indigo League. He made it to the Top 16 in the 5th round where he lost to his friend Ritchie.

Following his loss in the Indigo League, Professor Oak sent Ash to the Orange Islands to collect a GS ball from Professor Ivy. When Ash had collected the GS ball, Brock decided that he'd rather stay with Ivy while Ash left and met a new companion named Tracey Sketchit, who travelled the Orange Islands with Ash and Misty. After Ash became Champion of the Orange League, Tracey decided to become Professor Oak's Aide.

Ash and Misty were reunited with Brock in Pallet Town after something happened between himself and Professor Ivy. So, the intrepid trio travelled to Johto where Ash entered the Johto League making it to the Top 8 of the Johto League Silver Conference, losing to Harrison from Littleroot Town.

Ash, Misty and Brock went their separate ways following the Silver Conference. With a fresh beginning Ash travelled to Hoenn where he met May and Max Whiteway. He was reunited with Brock again in the Petalburg woods and came in the Top 8 of the Hoenn League losing only to Tyson who became champion.

Following this Ash returned to Kanto where he met a man named Scott. Scott told Ash of his brand new league, the Battle Frontier, which Ash now competes in to further his goal to become a Pokemon Master.

He likes Pikachu being married to Snivy, Shaymin, Dawn's Buneary, Serena's Sylveon, Serena's Buneary & Sophocles' Togedemaru because those girls love to be banged by with their "Bad PokeBoy" and force their tongues in Pikachu's mouth while kissing him plus he thinks all the girls are perfect combo with Pikachu.

Ash was defeated at the Indigo League Championships in the 5th round by Ritchie.

Ash defeated Drake, the head of the Orange League, and is now the currently reigning Champion.

Ash was defeated at the Silver Conference in the 2nd round of the Victory Tournament by Harrison.

Ash was defeated at the Hoenn League Championships by Tyson, who went on to become Champion.

Ash was defeated in the Sinnoh League by Tobias who became Chamion.

Ash was defeated in the Unova League by Cameron. 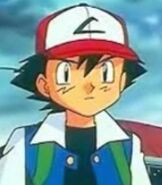 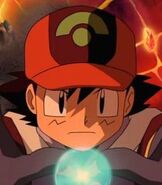 Add a photo to this gallery
Retrieved from "https://scratchpad.fandom.com/wiki/Ash_Ketchum?oldid=3171278"
Community content is available under CC-BY-SA unless otherwise noted.