According to the , 87546/Crovan and Alfred/98462 were on trial from the other railway and were sent back for being nasty and rude. It is unknown what happened to them after they were sent away, but they were presumably scrapped.

98462, as seen in the first illustration of Edward’s Day Out, appears to have inside valve gear, but in the second illustration however, he is seen to have outside Walschaerts valve gear.

98462 and 87546 with Henry, Eagle, Gordon, and Edward as illustrated by William Middleton 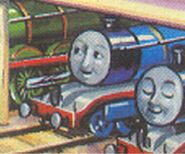 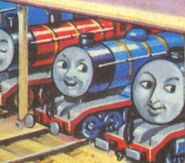 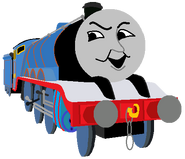 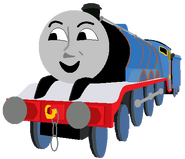 Alfred/98462 as drawn by TheIronEngine

Crovan in Trainz
Add a photo to this gallery

Retrieved from "https://scratchpad.fandom.com/wiki/87546_and_98462?oldid=3199486"
Community content is available under CC-BY-SA unless otherwise noted.